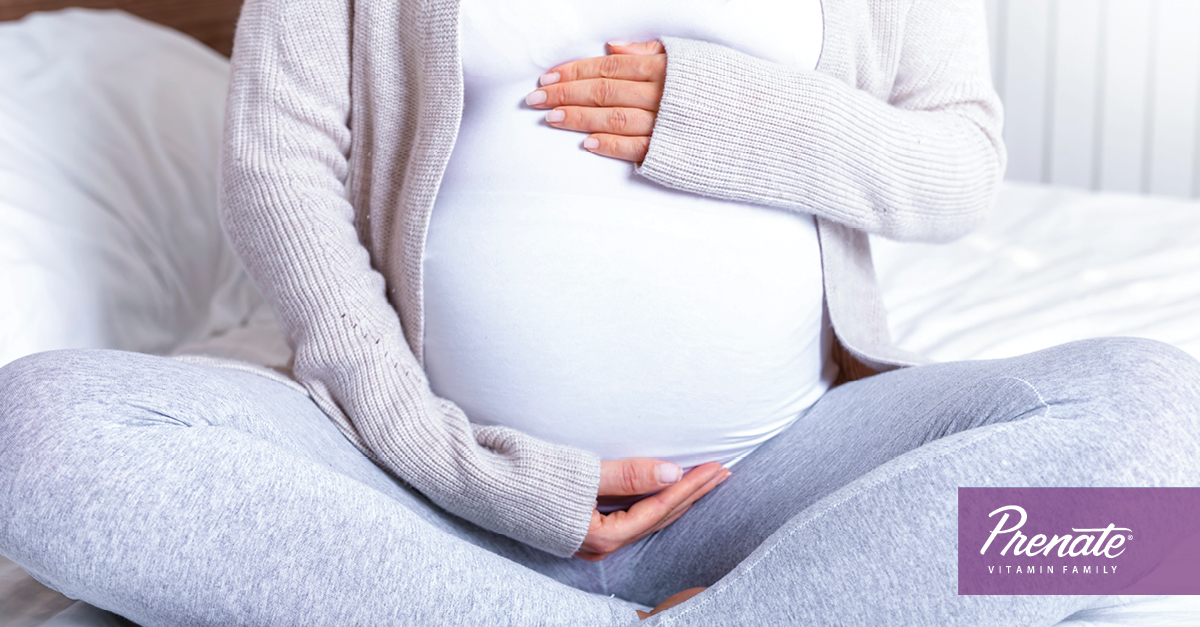 Like calcium, and other essential vitamins, expecting mothers need an increase of iron in their diets to support themselves and their babies growing bodies. During pregnancy and breastfeeding, mothers need for iron increases from 15-18 mg of iron a day to 27 mg.1 Iron is found in many foods and is also available in dietary supplements. Since it is often hard to ingest the necessary amounts of iron, a dietary supplement containing iron is often recommended by doctors, especially for women who are or have a history of anemia. There are many different types of iron supplements available, and many prenatal vitamins contain some form of iron supplement.

However, Sumalate®, the iron found in Prenate Pixie® and Prenate Mini®, is an extremely advanced and absorbable form. Sumalate® allows for maximum absorption of iron with little to no side effects. 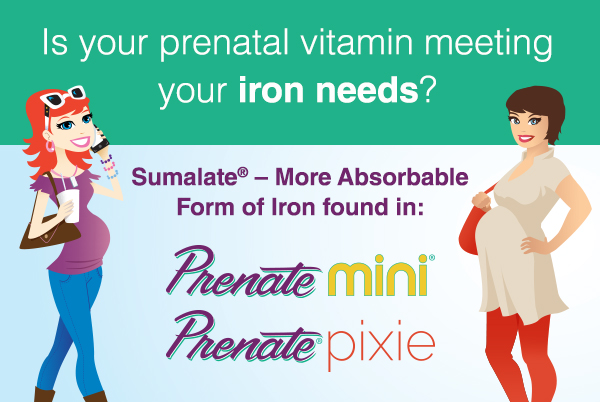 Iron is essential in transferring oxygen throughout the body, so the quicker it is released the better for an expecting mother.1 Without iron in the blood, the growing baby would not be receiving the necessary amount of oxygen it needs to develop strong heart, lungs, and muscles. Also, during pregnancy red cell masses and plasma volumes expand due to maternal red blood cell production. Because of this drastic expansion and to meet the developmental needs of the fetus and the placenta, the available iron must increase substantially. Therefore, a highly soluble, readily available and easily absorbable form of iron, such as Sumalate®, would be very beneficial to aid in this process. A deficiency of iron during pregnancy can cause infant and maternal mortality, low birth weights and premature birth.1

Sumalate® found in Prenate Pixie® and Prenate Mini® has many advantages for an expecting mother. You are able to receive the healthy dose of iron in the most absorbable form without having to suffer the side effects of normal iron dietary supplements. Talk with your doctor today to see if Prenate Pixie® or Prenate Mini® are right for you.