How Probiotics May Positively Impact Your Pregnancy 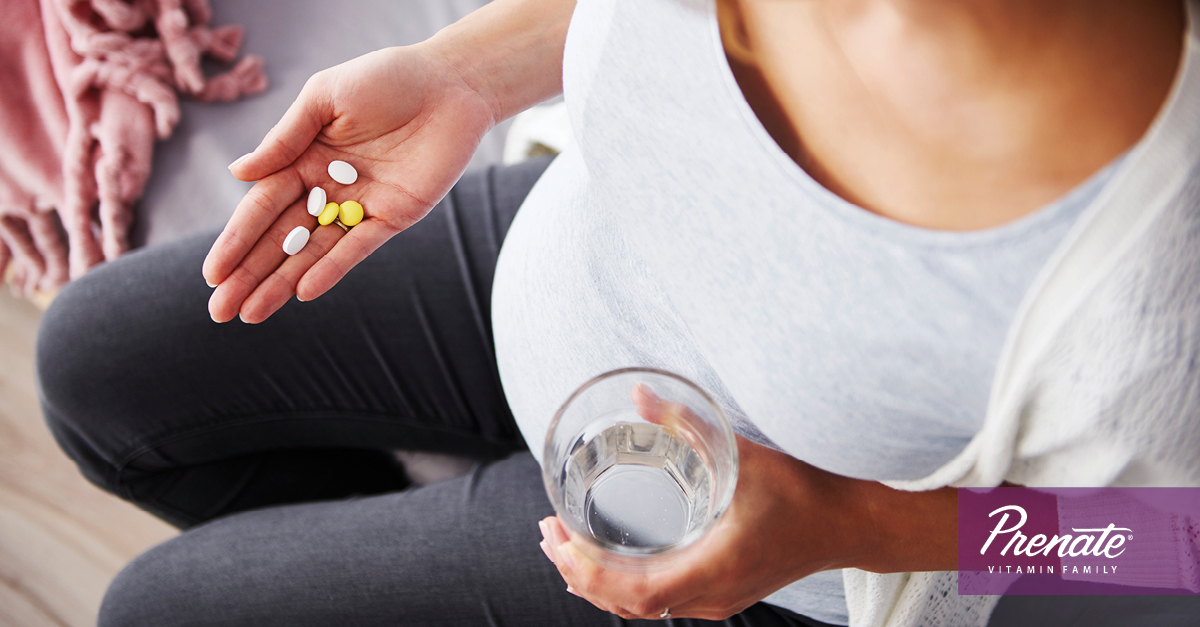 A study has found that taking probiotics during pregnancy may lower the risk of preterm birth and preeclampsia, a pregnancy complication that is characterized by high blood pressure.1

Thanks to the study, there is data to support the claim that probiotics and a lower risk of pregnancy complications are linked.1 However, the study was unable to determine exactly how probiotics reduced those risks. Researchers speculated that reduced inflammation may play an important role, as well as the timing of the probiotic intake during pregnancy.

More research is needed to fully understand the relationship between probiotics and their effect on pregnant women, but this study provides an important and interesting connection between the two.

There is a growing body of evidence that suggests a mother’s diet influences pregnancy outcome1; however, could probiotics offer additional health benefits to pregnant women and reduce certain complications of pregnancy? That’s what the study aimed to find out, and more specifically, whether the timing of probiotic intake makes a difference in its supposed effects.

To determine whether the timing of intake might influence the risk level of pregnancy complications, researchers used data on more than 70,000 pregnancies from the Norwegian Mother and Child Cohort Study (MoBa). As part of the study, moms-to-be self-reported information on diet, lifestyle, medical history and other background information at 15, 22 and 30 weeks of pregnancy.

At 15 and 30 weeks, the moms were asked additional questions on intake of different milk products containing probiotic bacteria before and during their pregnancies.

According to the study, a significant link emerged between probiotic intake during early pregnancy and an 11 percent lower risk of premature birth. That figure rose to 27 percent in relation to probiotic intake later in pregnancy. The amount of probiotics consumed did not appear to make a difference.1

It should be noted that the study is observational, which means no firm scientific conclusions can be made regarding cause and effect. Likewise, researchers were not able to account for strain viability or shelf life of the probiotics consumed, which could influence the findings. Again, the study emphasizes the need for additional research. Still, researchers were able to state the following:

“If future randomized controlled trials could establish a casual association between probiotics consumption and reduced risk of preeclampsia and preterm delivery, recommending probiotics would be a promising public health measure to reduce these adverse pregnancy outcomes.”1

Probiotics may help promote digestive and heart health.2,3 Some research even suggests their consumption may be linked to reduced anxiety and depression.2-4

In regard to pregnancy, the anti-inflammatory properties of probiotics may be linked to lower risks of certain complications such as preeclampsia and spontaneous preterm delivery.1 How these properties are linked is still unclear, and more research is needed before we can fully understand their relationship.

Are Probiotics Safe During Pregnancy?

While probiotics are probably safe for most women to take during pregnancy, medical experts warn that they cannot be declared safe due to limited research and the wide variety of probiotics that are currently available.5 Always consult your doctor before taking probiotic supplements.

There is research to support the claim that a baby’s probiotic consumption through breastmilk may help boost his or her digestive and immunity health.6-8 For women who aren’t able to consume enough probiotics through their regular diets, supplements may be beneficial.

As part of the Prenate® Vitamin Family line of prenatal vitamins, Prenate® Restore helps support lactation with probiotics and 400 mg DHA in a complete postpartum vitamin. It is the only prescription vitamin containing probiotics that is indicated for use in breastfeeding and also can be used throughout pregnancy.